The target area selected as the focus of the COMDEKS project in Indonesia is Semau Island, an island located in Kupang District, East Nusa Tenggara. Semau Island borders the Sawu Sea on the south, west and north, and borders the Semau Strait to the east. The island lies in the Wallacea bioregion, and is host to rich marine, terrestrial, and coastal biodiversity. There are fourteen villages on Semau Island, and the communities of the island have survived for generations on the available agricultural and piscine resources of the small island.  Semau Island was chosen as an area which is environmentally rich and diverse, but which faces a disproportionate risk from climate change and extreme weather.  Given the limited fresh water supply and thin soil layer, both agriculture and biodiversity are increasingly threatened

Semau Island is a lowland island with the highest points averaging at about 50 meters above sea level. Sawu Sea, where Semau Island lies, has one of the world’s richest coral reef cover distributions and species diversity. Sawu Sea is also a critical habitat and migration corridor for 18 sea mammal species, including two endangered species: the blue whale and the sperm whale. Sawu Sea is also an important habitat for dolphins, dugong, manta ray, and sea turtles.  The island itself is home to a monsoon forest, made up of trees which drop their leaves during dry season and are regrown during rainy season.  Some of these tree species have particular significance  for the lives of the Semau people, such as geuwang (Chorypha utan), lontar (Borassus flabellifer), beuk, and kapok (Ceiba pentandra). These trees are used to build houses, boats, and as sources of food, as well as other tree species which are used for their medicinal qualities.  In addition to threats from climate change, biodiversity on the island and the surrounding sea is threatened by excessive use of chemicals in agriculture, as soil fertility decreases and chemicals in the ground are carried by rainwater to the oceans.  Additionally, the Island faces increasing deforestation as trees are being used at a faster rate than they are replenished.

The people of Semau Island depend mostly on farming and fishing for their livelihoods. Seaweed farming is the primary activity for communities living along the coast, while rice, corn, and some vegetables and fruits are also planted, and are the primary source of food in the community.  In addition to farming, raising livestock is important to the people of the island.  Fishing occurs throughout the year except for the rainy season, when the monsoon season brings high waves and strong winds. One of the biggest concerns on the island is the limited supply of fresh water. Rainfall is limited (approximately 700-1000 mm annually), but is the primary source of water for agriculture.  Water for drinking and bathing is obtained from springs and wells, which are very limited in number. Another issue is the overuse of chemicals in agriculture.  To quicken land cultivation and manage grass and shrubs, the community relies heavily on herbicides and pesticides, abandoning the land after 5 or 6 years in the hope that nutrients will then replenish.

Researcher in an interview with community in Akle Village

On November 14th-20th, and December 14th-17th 2013, the Bingkai Indonesia Foundation conducted a baseline survey for GEF-SGP Indonesia. The baseline survey was conducted through literature review, field observations, community interviews, and participatory assessment of the community resilience. The assessment of community resilience used indicators of socio-ecological production landscapes and seascapes (SEPLS) developed by UNU-IAS (United Nations Univesity-Institute of Advanced Studies) and Bioversity International to help measure and understand the resilience of target landscapes and seascapes. The indicators were added to some highlighted issues related to climate change in coastal and island areas in Indonesia.  9 small group discussions and 6 individual interviews with village leaders were initially held.  Of the discussions, 24 of the participants were women.  A workshop assessment was then held to assess the SEPL indicators consisting of 25 participants, 5 of whom were women.  Next, a second consultation was held to present the score results and to discuss and agree on key problems and potential activities to respond. Some of the main areas of concern identified were the lack of access to freshwater, the adverse impacts of overuse of chemicals, the need for greater ecosystem protection, and the need for increased agricultural/aquaculture innovation and knowledge.

The long-term plan that the COMDEKS CPLS (COMDEKS Country Seascape Programme Strategy) in Indonesia hopes to achieve is to improve the social and ecological production resilience of small islands and coastal communities through community-based activities. The following are the expected outcomes from CPLS Indonesia:

1)     Preservation of island ecosystem functions through maintenance of forest cover, as well as coastal, marine, and coral reef systems, and the promotion of sustainable resource use practices.

2)     Enhancement of the resilience of agriculture and mariculture systems through improved and sustainable cultivation practices, diversification of crops, and improved management of water sources.

Savannah during dry seasonThe main criterion for project selection is the capacity to fulfill one or more of the identified CPLS outcomes.   In addition to focusing on knowledge transfer, the projects that will be supported by COMDEKS in Indonesia also emphasize the project’s impact on community livelihood, gender equality, and strengthening the capacity of local organizations. Therefore, local community-based groups or organizations that have demonstrated great leadership in community development processes are expected to participate.  Furthermore, projects that highlight agricultural and marine aquaculture innovations will be prioritized.  Some examples of projects that will be supported by COMDEKS include community training on planting coral reef habitats in coastal waters and maintenance of protected state forest, coastal and marine ecosystems.  Additional projects could focus on community education on medicinal plant species, training for seeding preparation, facilitation of water resource management and construction of new water canals and wells.  Other projects could also focus on the promotion of government regulation and clan leader cooperation for maintenance of biodiversity in the target seascape. 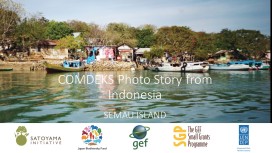 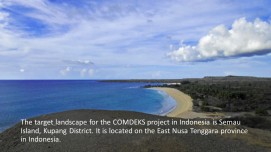 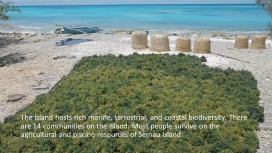 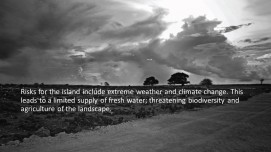 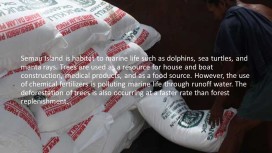 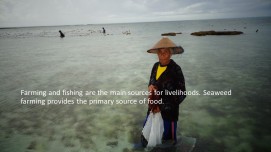 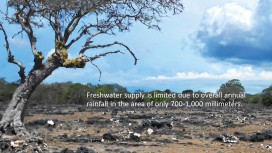 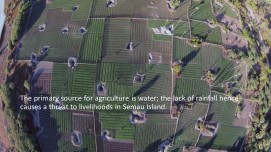 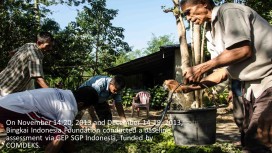 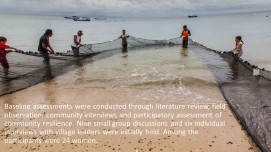 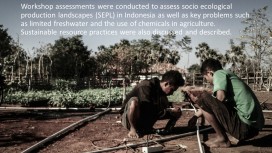 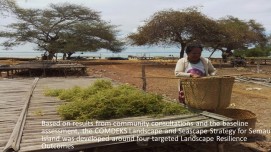 New! The latest issue of the COMDEKS newsletter is now available here.